Link Echoes: Why Rankings Remain Even After Links Disappear

What is an Echo Link?

One of the more interesting phenomena illustrated by Rand's IMEC Lab project is that of "link echoes," sometimes referred to as "link ghosts." The idea is that if we move a page up in rankings by pointing links to it, and then remove those links, the bump in rankings often remains. In today's Whiteboard Friday, Rand explains what's going on. One quick note: Rand mentions a bit.ly link in this video that isn't quite accurate; here's the correct one.

For reference, here's a still of this week's whiteboard! Video Transcription

Howdy Moz fans and welcome to another edition of Whiteboard Friday. This week I'm going to talk a little bit about link echoes. This is the reverberation of the effect of a link across Google's link graph and across the rankings, that has an impact even after a link has been removed. In the past, we have also referred to these as link ghosts, but I think link echoes is actually a much better name. I appreciate some folks pointing that out for me.

Let me show you exactly what I'm talking about. So, as you might know, I've been running a number of tests, and those tests have been happening through a project I call IMEC Lab. If you go to http://bit.ly/imeclab, you will find this project ongoing.

We've been performing a number of tests over the last six months. I started with a smaller group. The group has gotten bigger. So we've been able to test some really fascinating things. A number of those have been around tests related to links. I'm going to share one of those tests, because it helps really highlight what's going on with link echoes.

So we had a page point ranking number 31 for a key phrase, a not very competitive keyword search phrase, and the only reason I'm not transparently sharing these, at least not yet, is because we prefer that Google didn't know all of the websites and pages that we're pointing links from. Otherwise, they could potentially mess with the test. We like to keep the test results as clean as possible, and so we're not disclosing these for right now.

Another page, page B ranking number 11 for the same query. So page ranking for query A, that's page A ranking number 31, page B ranking number 11. Of course, our first step . . . well, this was one of the steps in our test was we pointed 22 links from 22 different websites, all the same pages of those sites to both A and B. We were actually trying to test anchor text. So we pointed anchor text exact match links at A, non-match at B. We wanted to see which one would boost it up. Some of the links we put first, some of the links we put second. We tried to control a bunch of variables.

We ran tests like these many times. I think this particular one we repeated four or five different times. In this case, we saw A, the one that was ranking number 31, it moved up to position one. Just 22 links were able to move it, bam. Anchor text links able to move it up to position one. Anchor text links obviously still pretty darn powerful. We could see that in each of our tests.

B, we pointed those same 22 links at, that moved up 6 positions. Remember it didn't have the exact match anchor text, so it moved up to position five, still quite impressive.

Well, gosh, page A, that was ranking number 31 and moved up to 1, even after all those pages that were linking to it had been indexed with no link there anymore by Google, didn't move. It stayed in position number one. That's pretty weird. Almost the same thing happened with result B. It moved down one position. It's ranking number six.

Even weirder, this happened over four and a half months ago. We're now in the middle end of July. This was in mid-April, early April. That's a very long time, right? Google's indexed these pages that we're linking many times, never seen the links to them. As far as we can tell, there are no new links pointing to either of those pages. At least we haven't seen them, and none of the link tools out there have seen them. So it's possible, maybe some new links.

Here's where it gets weird. This effect of these link tests, remaining in place long after the link had been removed, happened in every single link test we ran, of which I counted eight where I feel highly confident that there were no confounding variables, feeling really good that we followed a process kind of just like this. The links pointed, the ranking rose. The links disappeared, the ranking stayed high. Eight different consecutive tests every single time. In fact, there wasn't one test where, when we removed the links, the rankings fell back to their original position. Some of them like this one fell a position or two. Almost everything that we moved from page two or three stayed on page one after we linked to it, even after removing the links.

This argues strongly in favor of a phenomenon that some SEOs have speculated about for a good amount of time. I believe one of them is Martin Panayotov -- I might not be pronouncing his name correctly -- and, of course, Moz contributor Michael King, iPullRank. Both of them had commented on a post years ago saying link ghosts, aka link echoes, are real. You guys should look into them. Sorry it took us so long to look into this, but this is fascinating.

Now, there could be a number of explanations behind this link echo phenomenon, the continuing reverberation of a link's effect on a ranking. It could be that maybe that page ends up performing well in Google's analysis of its user and usage data. It ranks well for this relatively unpopular query. It's ranking number one. And you know what? Google's finding that the click-throughs are still pretty high. There's not a lot of pogo sticking back to the results. Maybe they're going, "Hey, this page looks legit. Let's leave it here," even after the links disappear.

It could be that the site or page was bolstered by other factors, other ranking factors that we may not know about. It could be that every one of these eight times when we moved it up, maybe by moving it up through links we inadvertently did something else to it. Maybe that helped it rank higher for other pages, and those other pages generated links each of these times. That's fairly unlikely when you repeat the test this many times, but not impossible.

Or it could be that Google actually has something in their algorithm around link echoes, where they say, "Hey, you know what? After a link has disappeared, that doesn't necessarily mean we should take away the value of that link as a vote forever and ever." In fact, maybe we should, for a long time, perhaps depending on how many links the page has or how uncompetitive the search results are, or something that they say, "You know what? Let's leave some remnant, some echo, a ghost of that link's value in the ranking equation for the site or page." These things are all possible.

What's fascinating about practice to me is that it means that, for a lot of us who worry tremendously about link reclamation, about losing links on sites or pages that may produce things freshly, but then remove them on blogs that don't always stay consistent across time, that we may be getting more value than we think from a link that disappears in the future. Of course, learning more about how Google works, about their operations is just fascinating to me. Google says their mission is to organize the world's information and to make it universally accessible and useful. Well, I think part of Moz's mission and my mission is to organize information about how Google works and make it universally accessible and useful. That's what I hope we're doing with some of these tests, particularly around link ghosts.

So I'm looking forward to some great comments. I'm sure many of you are going to have things that you've observed as well. If you'd like to follow along with this and other tests, I'd suggest checking out . . . you can go to bit.ly/mozmadscience and see the full presentation from my MozCon talk, in which I talk about link ghosts and a number of other tests we've been performing. I'll be sharing a few of those individually here on Whiteboard Friday as well. But link echoes is such a fascinating one, I thought we should bring that out right away.

Thanks everyone. Take care. We'll see you again next week for another edition of Whiteboard Friday.

Craig Rogers has been a leader in the behavioral health industry for 20 plus years.  Today, Craig Rogers is an enthusiastic marketer, having written and published 2,000 articles+ related to the "therapeutic intervention of troubled teens." As a parent coach, mentor, and... 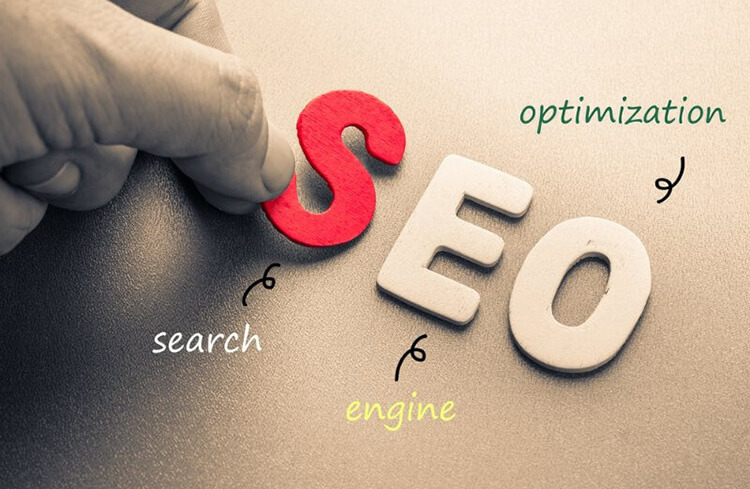 Link Echoes: Why Rankings Remain Even After Links Disappear